Richard Beavis (1824-1896), a prolific painter in oils and watercolours, was born at Exmouth, Devon, the son of William Beavis (a shoe maker) and Elizabeth (nee Taylor). Richard spent most of his childhood at Sidmouth where 'his boyish leanings towards art were sternly repressed by his father'. Richard resisted his father's attempts to bring him up in his own trade and, instead, 'passed his time in scribbling all over the white washed walls of the house, very clever sketches intended for horses, dogs, cows, sheep and sundry other objects of everyday life - a species of pastime that caused many quarrels in the house'.

In 1846, with the encouragement of friends, Richard left home and made his way to London where he became a student in the Government School of Design at Somerset House. In 1850 he became designer to Messrs Trollope, a firm of decorators, and with him as designer the firm competed successfully for three international competitions. His earliest exhibited works at the Royal Academy were schemes of decoration executed for them.

However, Richard aspired to greater things and during his leisure moments continued to practice both in oils and watercolours. After exhibiting several times at the British Institution he obtained the admission in 1862 to the Royal Academy of two pictures - A Mountain Rill and Fishermen Picking Up Wreck At Sea. The artistic and financial success of these works was sufficient to justify him devoting himself to purely artisitic production and he became a regular contributor to the exhibitions. In all he exhibited over three hundred works in the principal London exhibitions. [source] 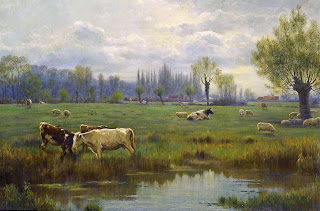 Cattle and Sheep in a Watermeadow (1874) 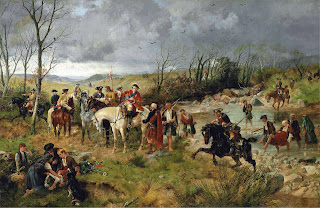 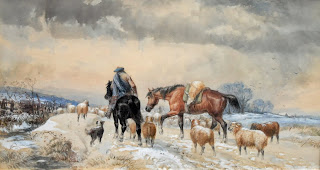 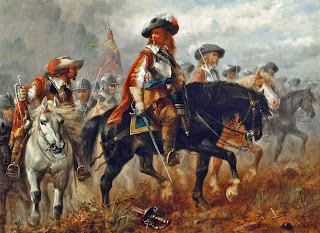 The King's Cavalry Moving into Position for a Charge at Naseby 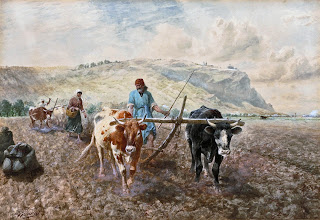 Tilling the Fields Before Mount Carmel
Posted by rfdarsie at 9:09 AM