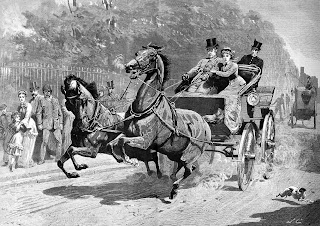 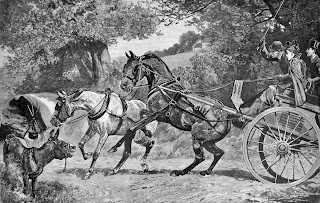 Betwixt the Devil and the Deep Blue Sea 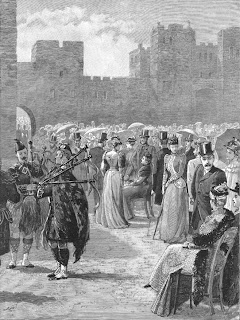 The Coming of Age of Lord Warkworth: The Garden-Party at Alnwick Castle (1892) 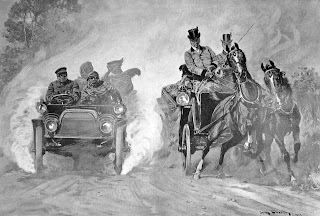 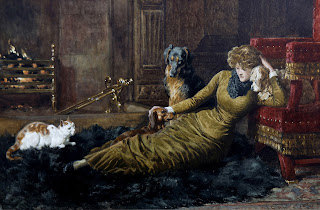 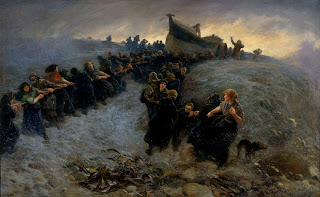 This picture shows the start of a dramatic lifeboat rescue on New Year's Day, 1861. The ship ‘Lovely Nellie’ had been wrecked off Whitley Bay. The storm prevented the lifeboat being launched at Cullercoats. It had to be towed by horses and villagers three miles along coast. Charlton probably painted real-life Cullercoats fishwives for his picture. He has shown the lifeboat coming down the steep slope of Briar Dene. Charlton regularly spent time at Cullercoats. He exhibited paintings in London and Newcastle. (Cullercoats Colony)