Frank Cadogan Cowper (1877-1958) was an English painter, described as the "Last of the Pre-Raphaelites". Although painting well into the 20th century, his work remained stylistically true to the 19th century Pre-Raphaelite vision. 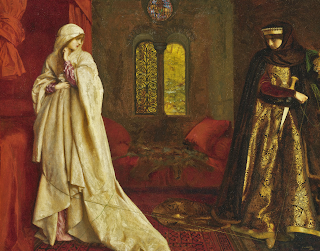 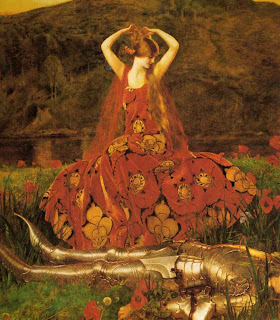 La Belle Dame Sans Merci (1926)
[A favorite subject of Pre-Raphaelite painters. Based on the poem by Keats.] 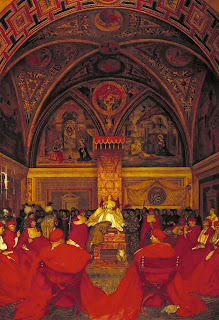 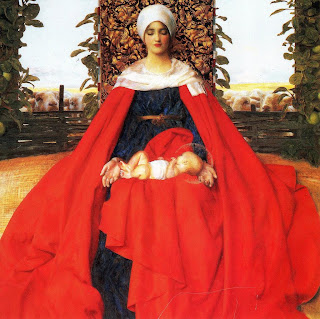 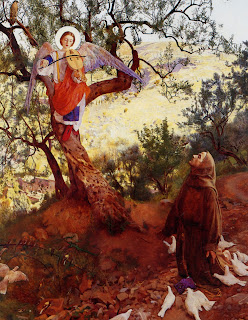 Saint Francis of Assisi and the Heavenly Melody 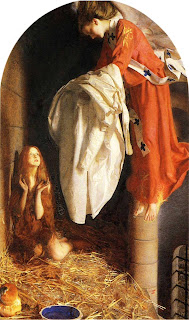 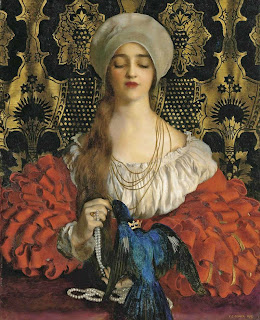 The Damsel of the Lake, Called Nimue the Enchantress (1924) 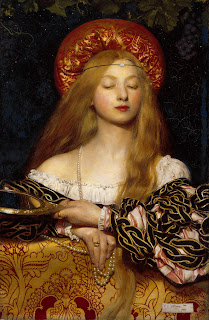 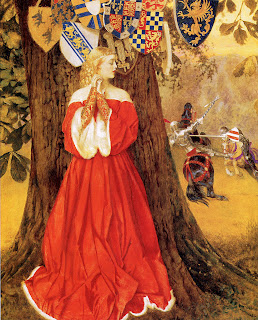 Lancelot slays the Caitiff Knight Sir Tarquin and rescues the fair lady and the knight in captivity
Posted by rfdarsie at 9:41 AM