Charles Napier Hemy (1841-1917) was a British painter best known for his marine paintings and his two paintings in the Tate collections. He was born to a musical family at Newcastle-on-Tyne and his two brothers, Thomas and Bernard, were also painters. He trained in the Government School of Design, Newcastle, followed by the Antwerp Academy and the studio of Baron Leys. He returned to London in the 1870s and in 1881 moved to Falmouth in Cornwall. Elected an Associate of the Royal Academy in 1898 and an Academician in 1910, he was also honoured as an Associate of the Royal Society of Painters in Water Colours in 1890 and became a member in 1897. He died in Falmouth on September 30, 1917. [Wikipedia] 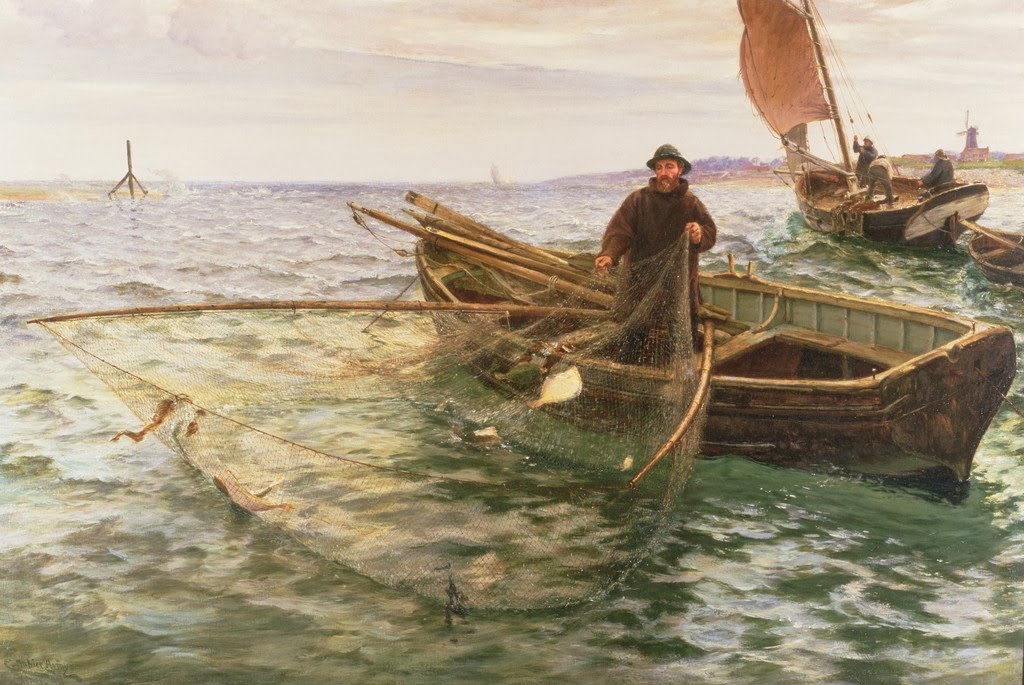 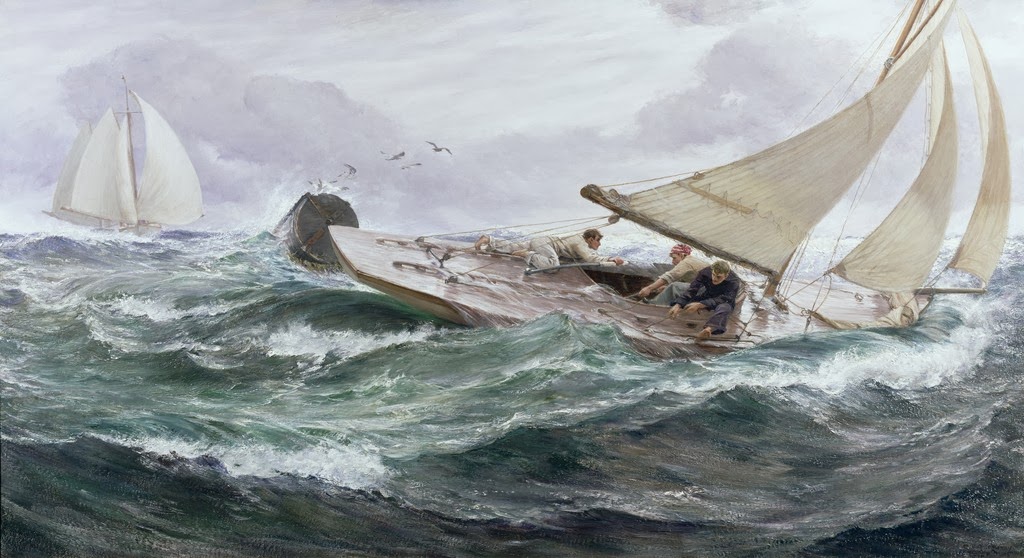