Sir David Wilkie (1785-1841) was a prominent Scottish painter. He was one of the artists featured in this blog's very first post. 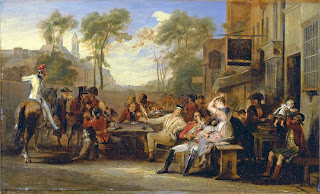 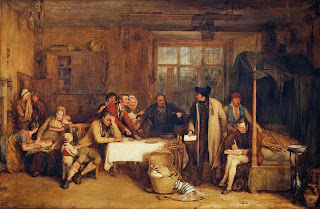 Distraining for Rent 1815)
["distrain" means "to seize someone's property to obtain payment
of rent or other money owed" (I had to look it up!)]
His Highness Muhemed Ali, Pacha of Egypt (1841) 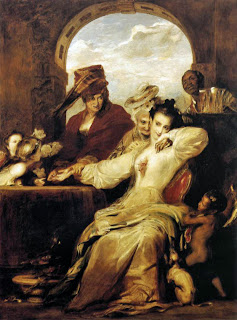 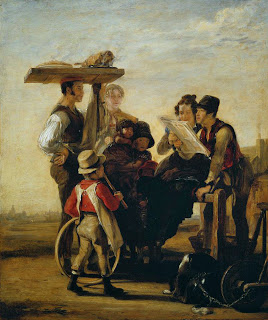 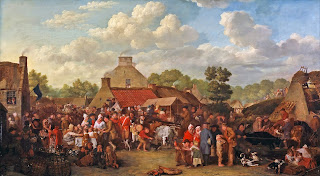 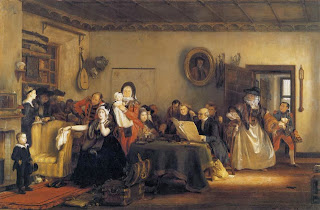 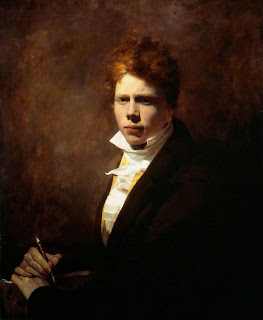 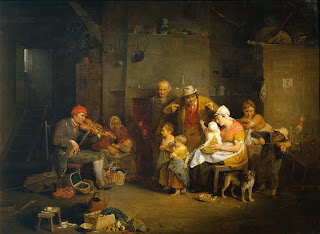 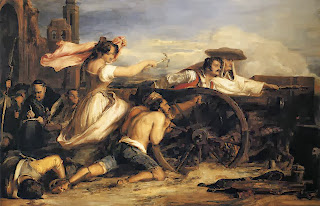 The Defense of Saragossa (1828)
[depicts the Spanish efforts to resist the second siege of Saragossa in Spain by the
troops of Napoleon. It highlights Agustina de Aragon, the Maid of Saragossa,
who took a place at the guns during the three month siege in 1808] 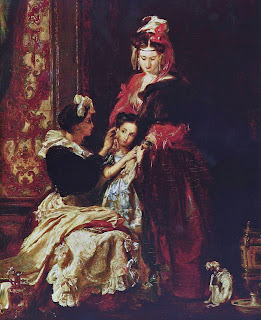 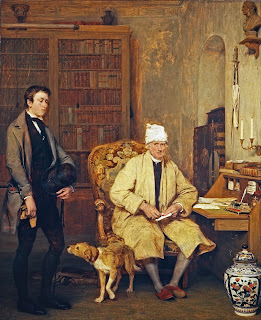 The Letter of Introduction (1813)
[a very well portrayed little drama] 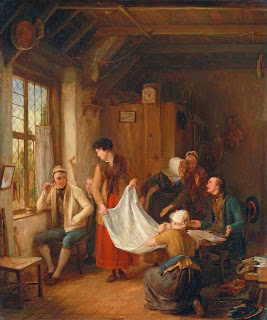 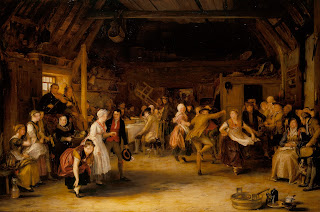 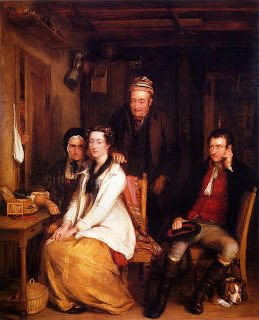 The Refusal (1814)
[Wilkie took his subject from the Robert Burns song 'Duncan Gray', (1798)
in which proud Maggie initially refuses Duncan's proposal of marriage,
but later changes her mind. Wilkie's friend, the painter William Mulready,
was the model for Duncan.]
Posted by rfdarsie at 9:15 AM