James Jacques Joseph Tissot (1836-1902), although a French national, spent most of his working life in England and his paintings are wonderful depictions of life in Victorian England. 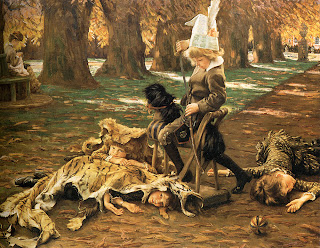 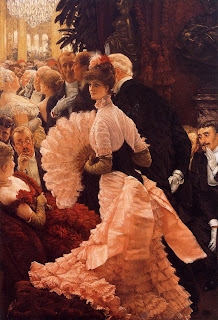 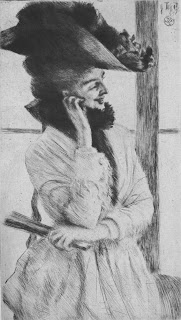 At the Window
[doesn't it look like this young lady is talking on a cell phone?] 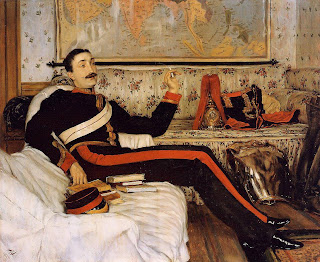 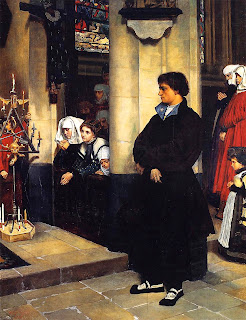 During the Service (Martin Luther's Doubts) (1860) 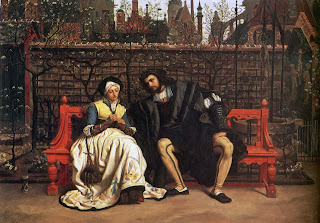 Faust and Marguerite in the Garden (1861) 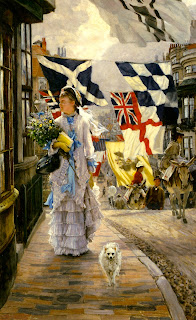 But the single clinching image of this new sense of time and motion is James Tissot's Gentleman in a Railway Carriage, in which a prosperous, fur-collared gent holds fast to a strap as the train rushes on, the view through the window a blur. On his knee is an open timetable, in his hand a fob watch and he flashes the viewer a knowing look as if we were also checking progress. Halfway between portrait and archetype, this is the very essence, as a contemporary critic put it, 'of Nineteenth-Century Man'. 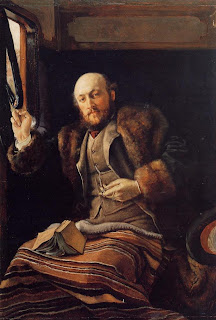 Gentleman in a Railway Carriage (1872) 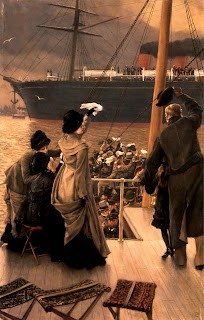