Walter Field (1837-1901) was an English artist. He was a lineal descendant of Oliver Cromwell. After education at University College School, London, he was taught painting by John Rogers Herbert and John Pye the engraver gave him lessons in chiaroscuro. Making art his profession, he painted outdoor figure subjects and landscapes, especially views of Thames scenery, which were often enlivened with well-drawn figures; he also produced a few portraits. At first he worked chiefly in oil, but subsequently executed many drawings in water-colour. His landscapes and coast scenes show skilful technique. Between 1856 and 1901 he exhibited at the Old Water Colour Society (Royal Society of Painters in Water Colours), at the Royal Academy (where he showed forty-two pictures), the British Institution (where he showed nine pictures), the Royal Society of British Artists, Dudley Gallery, and elsewhere. He was also one of the earliest members of the Dudley Gallery, whose first exhibition was held in 1865. Field, who was devoted to his art, was a keen lover of nature ; he was untiring in his efforts for the preservation of the natural beauties of Hampstead Heath, and was the chief founder of the Hampstead Heath Protection Society. A drinking fountain was erected on the Heath to his memory. [source] 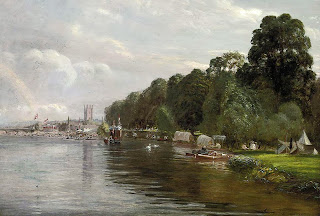 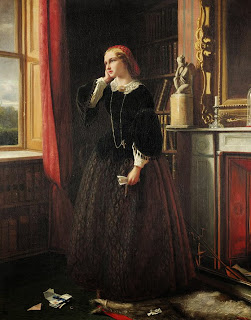 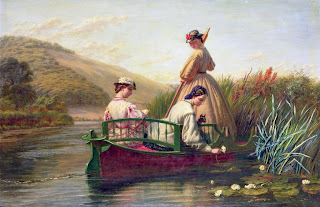 Waterlilies
Posted by rfdarsie at 2:15 PM