An Avalanche of Alfreds

OK, I'm really reaching with the alliteration on this one, I know. But never mind, it's the paintings that are important... 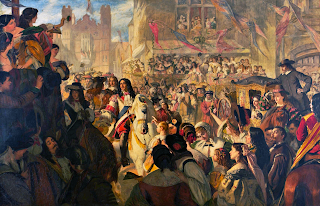 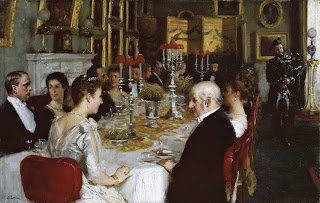 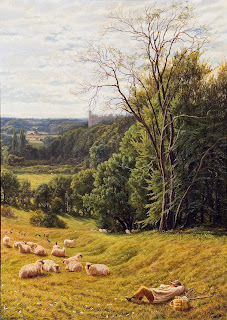 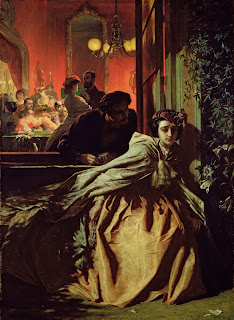 The Wikipedia entry for Elmore says this about the above painting: "Elmore's best-known work is On the Brink (1865; Fitzwilliam Museum, Cambridge), a moral genre painting depicting a young woman who has lost her money gambling, and is 'on the brink' of responding to the blandishments of a seducer, who is depicted as a Satan-like figure, luridly bathed in red light, and whispering corrupting thoughts in her ear." 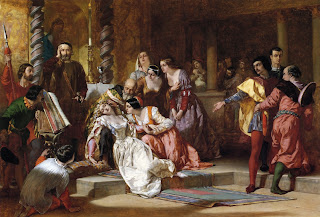 Alfred Elmore: Much Ado About Nothing (1846) 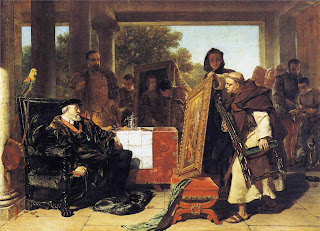 Alfred Elmore: The Emperor Charles V at the Convent of Yuste (1856) 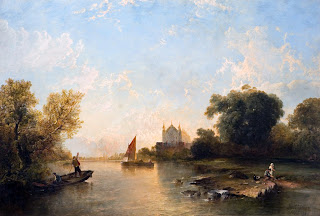 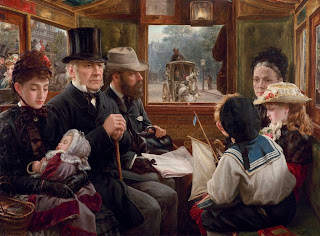 Alfred Morgan: One of the People (Gladstone in an Omnibus) (1885) 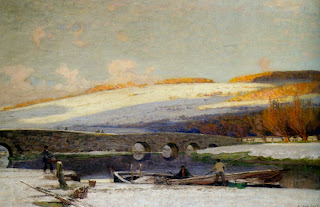 Alfred East: Amberly Bridge
Posted by rfdarsie at 11:32 AM