Joseph Mallord William Turner (1775-1851) is usually classified as a Romantic landscape painter. It is not, I think, hyperbole to nominate him for the title of greatest painter in English history. While there were many great English painters, no one was as dramatically innovative as Turner. His landscapes often border on the abstract - in this he was at least a generation ahead of his time. Although accomplished as an oil painter, many of Turner's greatest works were done in watercolor.

Like another great 19th century artist - the Russian Aivazovsky - Turner was an accomplished painter of seascapes. This first set of Turner paintings features some of these. 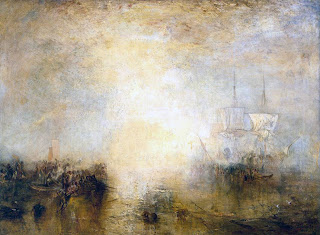 East Cowes Castle, the Seat of J. Nash, Esq., the Regatta Beating to Windward (1828)
[about this painting] 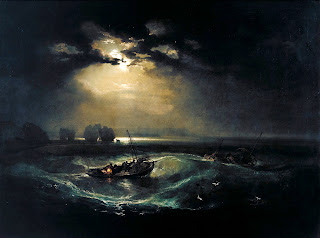 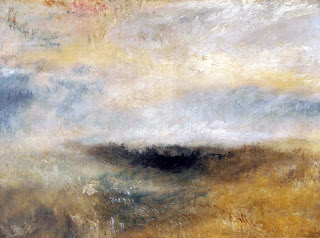 Seascape with Storm Coming On (ca. 1840)
[about this painting] 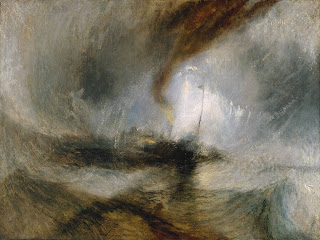 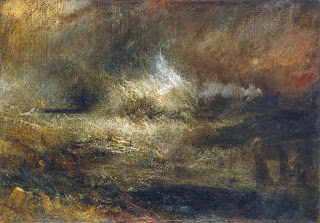 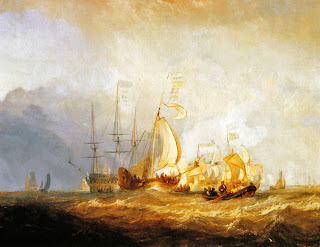 Van Tromp, Going about his Master's Business (1839)
[commentary on this painting at YouTube]

Van Tromp's Shallop at the Mouth of the Scheldt (1832)

Whalers (Boiling Blubber) Entangled in Flaw Ice, Endeavouring to Extricate Themselves (1846)
[about this painting] 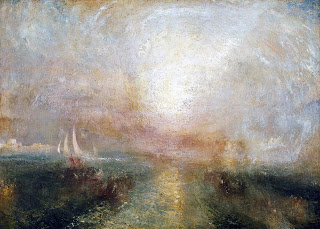